Over the past five decades, Jean Comaroff, the Alfred North Whitehead Professor of African and African American Studies and Anthropology at Harvard University, has, in the words of her own contemporaries, substantially changed the way cultural anthropologists view the African continent. Writing of her first book, Body of Power, Spirit of Resistance” (1985), Shula Marks, renowned historian of South Africa, noted “there are few books that change the way I think, but this is one of them.” In her work on religion, medicine, magic, politics, and the body, Jean Comaroff has insisted on taking seriously the relationship of local and global histories and the integral place of Africa in the modern world. This approach has been influential. The editors of a set of essays on work by Professor Comaroff and her husband and colleague John Comaroff in the American History Review (2003) noted that “The Publication of Jean and John Comaroffs’ monumental study of colonialism and religion in South Africa, Of Revelation and Revolution…issued a challenge to both anthropologists and historians to rethink their understanding of the construction of modernity…[T]hese critical works of understanding and imagination have an importance far beyond their subject matter.” 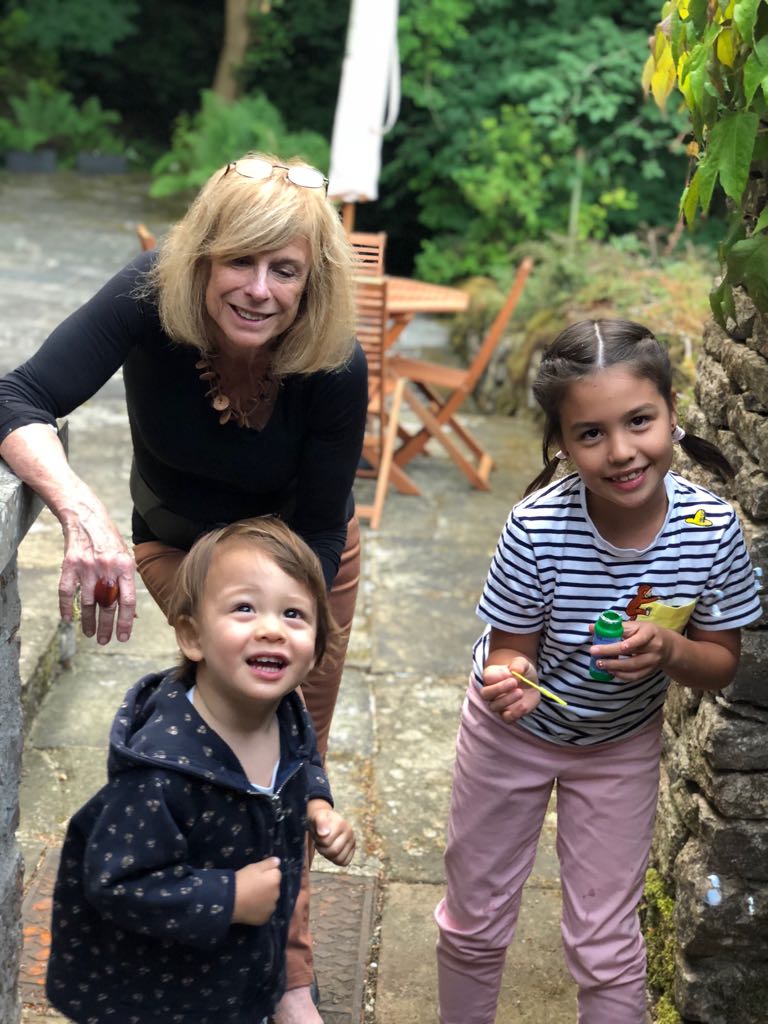 Professor Comaroff has also been a pioneer in efforts to show how the ordinary features of everyday life – of architecture, aesthetics, and ideas of personhood, of power, gender, and health bear the influence of forces both immediate and of larger scale, forces that speak to processes of world-making – like the forging of empires, the expansion of capitalism, and the commodification of human life. She has shown how, during the nineteenth and twentieth centuries, Africa served as a colonial laboratory for the development of universalizing systems of knowledge that objectified differences of race, civilization, gender, and sexuality. In all this, Africa has held pole position in the modern imagination as first and last: the continent was celebrated as the source of life itself and also condemned as the birthplace of pandemic disease. It remains, paradoxically, associated at once with slavery and decolonization; underdevelopment and vibrant creativity and innovation. Because of this, Jean Comaroff contends that the story of Africa – and the kinds of knowledge emerging from it — offer us unique insights about the workings of the contemporary world at large. This argument runs throughout her writings, and is given special attention in Theory from the South, written with John Comaroff.  Knowledge about the global order that is incubated in “ex-centric” places takes many forms, often unrecognized by liberal European traditions. Professor Comaroff has long insisted that many of phenomena widely associated with Africa – like witchcraft, zombies, and magic –are inherent in all human civilizations, and remain integral features of capitalist modernity. She has written and taught about voodoo economics, magical thinking, and witchcraft in modern US politics, and about ritual and sacrifice in modern medicine. She has also explored the prevalence of conspiracy thinking, moral panics, and accusations of malfeasance – which are very much like ‘blasphemy’ or the ‘evil eye’ — as they occur in everyday American life, even on university campuses. As this suggests, notwithstanding our beliefs to the contrary, the modern world has never really been “secular “or disenchanted in any thoroughgoing sense. Jean has shared her knowledge in these respects with medical institutions, international Aid and Development organizations, and legal agencies. She is author, often with John Comaroff, of some 15 books (many of them in translation) and more than 100 articles. Her writings have covered a range of topics, from religion, medicine, ritual, and body politics to colonialism, state formation, crime, democracy, and difference. Her publications include Body of Power, Spirit of Resistance: the Culture and History of a South African People (1985), “Beyond the Politics of Bare Life: AIDS and the Global Order” (2007); and, with John L. Comaroff, Of Revelation and Revolution (2 volumes, 1991 and 1997); Ethnography and the Historical Imagination (1992); Millennial Capitalism and the Culture of Neoliberalism (2000),  Law and Disorder in the Postcolony (2006), Ethnicity, Inc. (2009), “Populism and Late Liberalism: A Special Affinity?” (2013); and The Truth About Crime (2016). Together they have won the Anders Retzius Gold Medal from the Swedish Society for Anthropology and Geography and The Harry J. Kalven, Jr. Prize from the Law and Society Association. Professor Comaroff has given countless distinguished and named lectures across the world. She has also received multiple awards for teaching and mentoring at both the undergraduate and graduate levels, and has created and championed programs that enable college students to study abroad, especially in Africa. She is renowned for having supervised literally hundreds of doctoral students, both in anthropology and the wider human sciences, many of whom have gone on to become eminent scholars across the world. Professor Comaroff is currently writing about the global rise of vigilantism, as dramatized by the storming of the US Capitol on January 6, 2021. This continues a long-standing interest in populism and the nature of sovereignty in liberal political systems.  Most recently, she and John Comaroff have begun a large-scale project entitled After Labor.  It analyses the ways in which, over its long history, capitalism has sought to undermine the power of labor – a process most recently exacerbated by the expansion of Artificial Intelligence (AI) and robotics, the global outsourcing of production, the spread of the gig economy and informality, and the “zombification” of many in so-called “traditional” employment. Lisa Wedeen
University of Chicago
Together [John Comaroff] with his wife Jean, served as guides into a new, global anthropology; ...
Read More
Peter Geschiere
Emeritus professor of Anthropology of Africa; University of Amsterdam; Leiden University
Together [John Comaroff] with his wife Jean, served as guides into a new, global anthropology; that is, an anthropology that retains the classic assets of the discipline -- fieldwork, micro ethnography, a focus on the articulation of material circumstances with cultural life -- but re-interprets these to remain relevant in a world that is rapid globalizing. A milestone in this respect was their two volumes Of Revelation and Revolution, in which they brought together detailed research on the history of the Tswana peoples of southern Africa with equally detailed research on the history of the British mission that was to play such a big role in the region. Of particular interest was the way in which the Comaroffs highlighted not just the contrast between these two histories, but also their convergences and mutual articulations. A more recent example of the theoretical creativity that makes their work so inspiring is Theories from the South; Or, How Euro-America is Evolving toward Africa which made them forerunners in the present-day debate on ‘decolonizing’ anthropology. But their innovating impact in anthropology worldwide is not only related to the force and the inspirational quality of their publications. They have hosted many conferences and workshops where their brilliant debating style has helped participants open up new perspectives and try out new approaches. These qualities have also made them also exceptionally successful Ph.D. supervisors. I have also learned much from them in this respect: how to challenge students to ever deeper analytical efforts, but balancing this with deep personal involvement. No wonder that both in Chicago and at Harvard they attracted students from all over the world. The global span of their Nachwuchs guarantees that their work will continue to have an impact on anthropology long into the future as well. 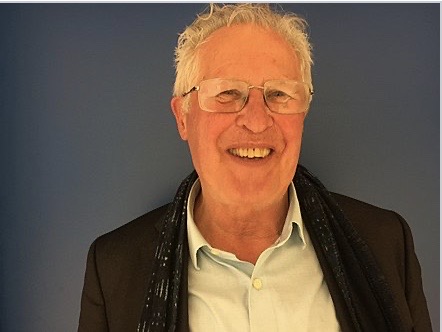 Ann Stoler
New School for Social Research
John and Jean Comaroff’‘s intellectual influence has been immense. It is to be found ...
Read More
Achile Mbembe
Wits Institute for Economic and Social Research, University of the Witwatersrand
John and Jean Comaroff’‘s intellectual influence has been immense. It is to be found in various areas of academic enquiry, from law, cultural studies, political economy to sociology, social studies of health and religion, arts and design...Their very significant intellectual influence and moral authority [has been] strenuously dedicated...to nurturing high quality scholarly communities. They brought together many of us through consistent ethical behavior, always respectful and responsible conduct, and a huge and extraordinary generosity and sense of humor. [Their] work has consistently brought together finely detailed ethnography, a broad hermeneutic approach to the interpretation of cultural practices, and a striking literary – and almost cinematic – sensibility...This is what has allowed them to write captivating and theoretically sophisticated books. I cannot insist enough on the priceless work Jean and John Comaroff have done in firmly placing the African continent on the international research agenda and contemporary intellectual debates. Through their own research, they have shown that there is no better vantage point than “ex-centric” locations to look at the contemporary planetary order in its totality. Achille Mbembe
Wits Institute for Economic and Social Research, University of the Witwatersrand